/***** My text about the global class has proven somewhat popular, so some readers came up with an english translation. Thank you Pascal Zuta, Daniel Finck! *****/

The Western world is bubbling with a kind of newfound excitement. From all reaches of the globe, cutting-edge “right-wing” movements spring forth and gain momentum. Trump, the Alternative for Germany (“AfD”), the Freedom Party of Austria (“FPÖ”), Marine Le Pen, Brexit… the list goes on, filled with people and organizations giving certain groups of citizens a voice that previously only buzzed quietly just beneath our subconscious. A voice of hatred, of displeasure, of indignation. And all the rest of us can do is sit back and wonder where all this scarcely contained umbrage could have originated from… and where it’s been hiding.

It may be no coincidence that the left believes to have found it’s spooky doppelganger. They see “losers” of globalization, who have been left behind by the capitalist system, and have just re-discovered their political voice. Only, in the midst of their perceived „false consciousness,“ they’ve yet to realize that their true enemy is the capitalist.

The figures don’t show this. It’s true—the army of the frustrated is a large group of low-income and poorly educated service workers. But there is also a second group, almost as large as the first, made up of the bourgeoisie, the middle class, a class which, so far, has been fairly well-represented in the ongoing class wars. German Sociologist Heinz Bude is already talking of a strategic alliance of these two classes, their frustrations analogous for the first time. While the motives of this precarious working class could be interpreted as Marxist, the disgruntled middle class citizens don’t really fit into this mold… do they?

How strange it is to see the working-class and middle-class citizens fighting alongside one another!

The blind spot that befalls us is effective because we ourselves cannot see what upsets them. Why? Because we are the offending party. We look around, embarrassed, but there is no one else. „Us?” We ask. “You couldn’t possibly mean us, right?“

Yes, indeed. The working and middle-class citizens have joined forces to fight a third class—us. But something very unpleasant needs first to be done in order to even recognize this third class. Instead of interpreting the frustration of this enraged group of citizens as a covert distribution struggle, one must listen to what these people say. You must put yourself in their shoes, listen to their cries, understand their narrative. Their fear, you need not take seriously, but rather, their slogans.

It begins with a conspiracy. A conspiracy that extends beyond all party boundaries. That there would no longer exist a real democracy, but, instead, only the one indistinguishable blend of parties, a bedfellow of the media (the Lügenpresse, or “lying press“), and now that an opposition has emerged (Trump, Le Pen, AfD, FPÖ, Brexit, and a „real alternative“ in Germany), well, some citizens are finally finding their voice.

It is easy to dismiss these ideas as crazy; however, if you look at the three main pillars of the new right-wing program—migration, globalization, and political correctness—there is no denying a certain basic consensus in the media and between parties. The thing about this consensus is that we gladly assumed it to be a consensus accepted by all of society. Because it is a reasonable consensus. Because it is a human consensus. Because, if I may so boldly say, it is the only correct consensus. It’s what we all want… right?

Let’s be honest here. Is it not frightening that you, as a leftist, in so many political aspects, find yourself siding with Angela Merkel? That you begin to defend projects like the European Union? Or that Yanis Varoufakis announced, in a pathetic tone, that he wants to „save capitalism”? As a genuinely leftish project? Is there not a consensus that has long been recognized as “without alternative” over all classical political frontiers? To welcome refugees with open arms and say to hell with all Nazis? Globalization is a fundamentally positive thing! We never use the N-word. We protect the rights of minorities. But how far does this consensus go? Not as far as we thought.

We forget that all political platforms are a question of perspective. Just as Jersey City and New York City regard themselves as fundamentally different cities and the people in Wyoming see only „East Coast,“ the anxious citizens, too, see us as a homogeneous group. We’re not accustomed to this because it contradicts the way we currently define things. But whether we agree or not doesn’t matter because we, too, are perceived as one group by this new right-wing movement. Already (and for some time now) we are being referred to as “one enemy.” Donald Trump and the alt-right movement have a name for us—“The Globalists.”

If Trump would read, he would have the opportunity to cite Ralf Dahrendorf, on that matter. He described this class quite aptly around the turn of the millennium. It is the ever-growing global unity that has enabled the rise of this new class. This “Global Class“ has discovered the advantages of globalization and made this its productive power. In writing this, Dahrendorf was referring not only to the capitalist entrepreneur who moved his production to Asia, but also to the yoga teacher, and to the Chinese family restaurant in Bottrop. But we moved beyond Dahrendorf. Already this global class has grown rapidly, stabilizing itself culturally on a worldwide scale. The difference now, however, is the productive force it controls—information. There exists, today, a globalized class of information workers of whom most of us are members, and this class is more homogenous and powerful than it thinks. They are well-educated, biased young people who are increasingly globally culturally oriented. They read the New York Times instead of watching the evening news. They have many foreign friends (and even more friends currently living abroad). They travel… a lot, and not necessarily for holiday either. It is a class that lives almost exclusively in large cities, that communicates in perfectly fluent English. A class for which Europe is not an abstract thing, but a reality of life, for which moving from Madrid to Stockholm for a job is “no big deal.” And while Europe and North America may be focal points, the class itself is, indeed, global. It exists in every country of the world—this group of well-connected, globally-oriented peoples. This new globalized class holds positions in the media, in startups, NGOs, political parties. Because it controls the flow of information (liberal media, the so-called “lying press”), it dictates cultural and political rhythms all across the globe. This does not mean that it’s politically homogeneous in its true sense, or at least it doesn’t feel that way. For example, in Germany, peoples of this group can be found all across the political spectrum—CDU, SPD, LEFT, GREEN, FDP.

This class sprung from the bourgeoisie but has emancipated itself from it. This shift of power took place in silence. At some point, the more progressive faction of the bourgeoisie became more culturally oriented and socially linked with its peers across national boundaries. The global class has emerged and accelerated the cultural change of globalization, as well as global standards, not only in business, but also in politics, ethics, and culture. These progressive, increasingly global-oriented people have simply outdated all others. Because they confuse themselves for society as a whole, they don’t even notice. They have no force on their side, and most don’t even have much money, though wealthy globalists do exist. In fact, this class has produced a number of well-off individuals, especially in Silicon Valley. What is interesting, however, is that they transform this wealth, above all, into discursive capital—they invest in other startups, or in ambitious world-rescue programs. Secretly, they have long-known what their real source of power is: they have control over information, and along with it, the definition of human decency.

Even if they perceive themselves als far left, in fact, views of the global class are far closer to Michelle Obama or Justin Trudeau than to the political views of most of their fellow citizens. Despite all this „neo-liberal bullshit,“ we consider the EU a good idea, we watch Netflix shows in their original languages, we cut ourselves off from regional and national cultural standards, idols, worldviews, and we are proud of it. We wrinkle our noses at those who cannot, or do not want to, renounce our nation as the most important framework for their identity and values. And the others—the ones culturally left behind—realize this quickly. They realize that their world has become too small for us, that we feel morally superior, and that we strive for something bigger, greater. Above all, they realize that we are successful in this—that we define the standards that are gradually imposed onto them. These standards of ecology, anti-racism, and anti-sexism are all accepted as politically-correct standards after all. The old standards, which are now depreciated and suppressed, once came from the middle class, from a time when they still had a say. It’s cultural gentrification.

In a magical way, the bourgeoisie has lost its power to set those standards even despite their possession of land, private health care, and upper management positions. The slogan of the Brexitians, „Take Back Control,” is the real battle cry of these new right-wing movements. There is a sense of loss of control in the bourgeoisie. Or perhaps, more succinctly, a loss of cultural hegemony, remembered as national “sovereignty.” English standards were determined in England, German standards in Germany, American standards in the U.S.A., but now the global class is messing everything up! This frightens the working class just as much as average citizens themselves. It is not that the working class will deny elites—quite the contrary, actually; however, many want to bring back the old elites, those elites who live in the same world they do. That’s why Trump succeeds where Mitt Romney failed. He’s a prime example of an elite citizen: someone with which the working-class can connect. Trump’s success isn’t based on education or political correctness. He represents the kind of despised elite of the good old days that people are craving. This is an elite that’s selfish and brutally capitalist, but who, above all, remains culturally and nationally grounded. One cannot win against this global class in an argument, so this new right movement simply refuses to argue. Trump, Brexit, and the resurrection of the German word ”Völkisch” (A word popular in the nazi era) are argumentative and moral paving stones to destroy our showcases. They are the international turmoil against the cultural hegemony of the global class. Brexit makes the direction clear— another world is possible, but this time, it is a threat. 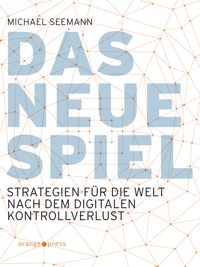